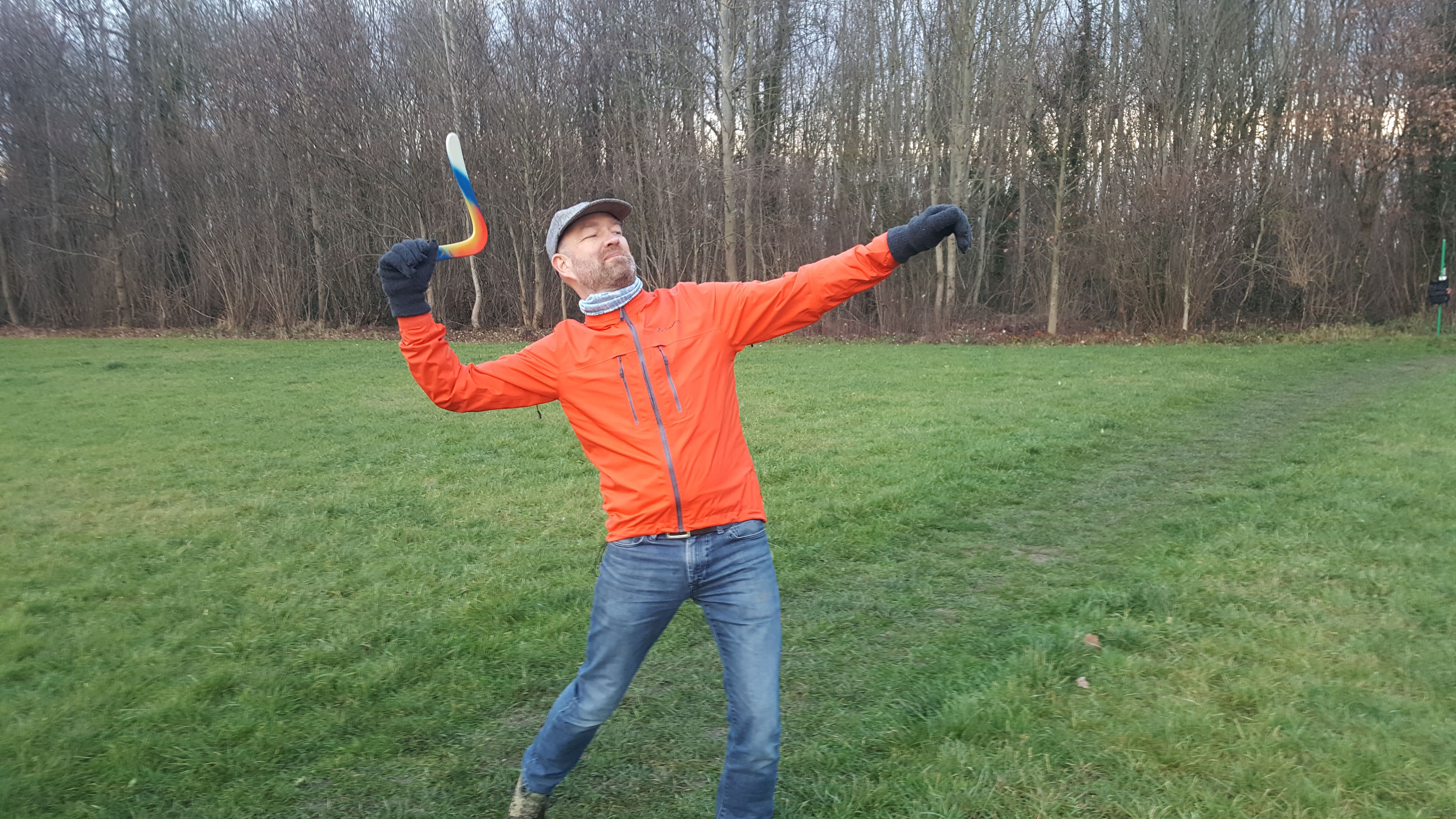 Posted at 13:09h in Interview by Angelica

“Once in a while scientists have to say they don’t know. After SARS-CoV-2 the public has understood that this is an acceptable answer.” – Dirk Jochmans

As the OrganoVIR Communications team, we had the privilege to interview Dirk Jochmans, Senior Research Manager at The Rega Institute for Medical Research, KU Leuven. During the interview, we asked about Dirk’s career, the impacts of the current COVID-19 pandemic on his personal and research life, and important advice to fight against SARS-CoV-2.

Read the full interview with Dirk Jochmans below.

First of all, can you give us a brief introduction about your research life and what you are doing right now?

I started at the University of Leuven doing biochemistry. Then I did a PhD in biochemistry which was also quite a lot of immunology. It was about interferons, and in that way, I learned a little bit about viruses. After my PhD, I could start in a small pharmaceutical company called Tibotec, in Mechelen It was then acquired by Johnson & Johnson after two years. Suddenly, it became a big company, so we went from 50 people to 500 people on-site in about 5 years. In total, I stayed there for 10 years, and I gained all the knowledge in virology and antivirals there. Then they moved the site of the company 60 km up north, and we could decide whether we would join the company in moving or whether we would look for another job. I decided to look for another job because driving all through Belgium every morning is not my hobby. There was a position available in The Neyts-Lab of Virology, Antiviral Drug & Vaccine Research at the University of Leuven. And my boss from Tibotec knew Prof. Johan Neyts very well, so I could start in his lab. Since then, I am a research manager there.

Have you switched viruses in there? You said that in the company you worked a lot with HIV.

I indeed worked with HIV in the company until 2010. When I arrived at Johan’s lab, I started working on animal-related viruses like feline calicivirus, and norovirus. We were also involved in a program called SILVER on RSV (respiratory syncytial virus) and MERS-CoV in 2010. It was a European consortium for screening antivirals for many different viruses. The RSV program has continued for many years, and it is still ongoing. Now, I am switching back to coronavirus; it has been for one year. I never realized that they could work in one lab with so many viruses, but it’s possible in Johan’s group.

With all this amount of work you have right now with the current COVID-19 pandemic, what is the thing that keeps you going every day?

I have a basic interest in biology, mathematics and computer science. I always want to know how things work; that’s one thing. The second thing is, of course, that you’re dealing with people that are sick and that you are looking for therapies and stuff like that. It’s also very exciting that there are many interests in the work that we do. That also keeps me going.

How has the COVID-19 pandemic impacted your life – both your personal and professional life?

Very intensely. I remember in January (2020) – it was a virus, like SARS 1, with 10% mortality and so many cases crossing borders. But it turns out that the mortality (rate) is not that high, so that’s good.

Nevertheless, it really impacted my personal life. My wife got infected with SARS-CoV-2 in late February/early March – one of the first hundred(s) cases, I think, in Belgium. She is a teacher and she was on a trip with her school in the UK when she got infected by one of her colleagues. She was sick, and she stayed at home for about 4 weeks. At that time, you had to be very sick before they put you in the hospital, so everybody just had to stay home and recover by themselves. My wife has suffered from COVID a lot. When she started feeling better, she went back to work, but after 1 month she had to stop again. Until now, my wife is still not working and it’s almost been a year since she got COVID. She’s still recovering and she still has some problems with her diaphragm and suffers from brain-fog. In addition, she also lost her smell and taste. She cannot focus very well – not sufficiently for teaching, so that’s also very challenging. Although my wife was sick, I never became COVID positive. I was tested when my wife was positive, and four weeks later, I was tested again, and both results were negative so that I could go back into the lab.

On the other hand, my work life was also impacted, of course. For the first 3 months, we worked 7 days a week because we wanted to test as many compounds as possible in as short period of time. During summer, we just went back to normal, so we are now working like we used to do. We are doing a lot on coronavirus, and it has impacted the lab enormously because there’s not sufficient space anymore. There’re so many people working; it’s not pleasant to work there. Now I do a lot of work from home, so it’s not a problem for me – it’s very challenging in the lab.

Nowadays, we already have the vaccine, which is supposed to solve the COVID problem. Do you think it will? What do you think are the priorities for fighting this virus as a researcher?

No, [I think] it will remain. It’s difficult to make predictions – I tried to make predictions from the beginning, but I was always a bit wrong, like with the 10% mortality and so on. Well, I think the vaccine will change a lot, and I guess we’ll go back to normal after the vaccine. There will still be many cases popping up. But how many? That is not easy to say. Because I know if we have a typical flu pandemic, that also affects about 1 million people in the Netherlands – about 1 million people that get sick in about 10 weeks, so that’s also an enormous burden. Of course, there are not that many hospitalizations and mortalities, and so on. But what will happen with coronavirus – will there be seasons or not? It is not easy to predict.

We are looking out for therapies, like antivirals, and now some things are coming out in the pipeline. There will be a conference on retroviruses and opportunistic infections. Coronaviruses are also now one of the subjects in the conference. They will talk about protease inhibitors as potential treatments for coronaviruses. There will be several protease inhibitors, one from Pfizer that is on clinical trials. If these compounds work, then we will have to give them early on to patients. However, as soon as you have symptoms or you tested positive , will you start treatment or not? And how will this be done? Of course, you have a good chance of not becoming sick, so why would you get treatment? If you wait till you get sick, then it will be too late. So, there’s a real challenge there. I don’t have the right answer on what will happen in the future.

What type of studies are needed in this whole scenario?

Since there’s a chance of vaccine-escape variants of the virus, this is a thing that I think should be investigated in the lab just like we did with bird flu. The viruses are not transmitted between mammals, but scientists in Rotterdam investigated whether you can make them transmissible between mammals. So, in the same way with SARS-CoV-2, we should try to select viruses that can escape the vaccine in the lab. If we can do that, then we can predict how the virus escapes from the vaccine. For the antivirals, it has been done, but it has to be done on a large scale with vaccines. The current vaccines are based on the spike protein. I think the second thing would be to develop vaccines targeting the N protein (nucleoprotein). As there are many antibodies against that during infection, this is also an important protein for cell-mediated immunity. I think we should start with making a nucleoprotein-based vaccine.

How do you think this pandemic is changing science worldwide? We already saw so many effects; do you think it will have a significant impact worldwide?

Yes, it has indeed been a great experience to see how all the science is growing. On the one hand, we are driving everything forward, like vaccine development and epidemiology. On the other hand, we have to inform the public about these developments. Although there are many discussions about fake scientific news, people got interested in science. They want to understand vaccine development and clinical trials, how epidemiology works, etc. – this is very nice! Once in a while, scientists have to say they do not know. In general, the public does not accept this kind of answer, but after the situation with COVID-19, they started learning that there is a lot that we still don’t know.

What do you like to do when you are not in the lab/ working on research?

Besides research, I like archeological science a lot. I like everything related to paleontology like Neanderthals,  homo sapiens, homo erectus, and everything about the first civilizations like Sumerians, Egyptians, Afghans. I want to sit there and dream about these long-gone civilizations and understand how these people must have looked at the world. Original science and art were inseparable concepts at those times. So, I like archeology a lot!

What is the weirdest place you traveled for archeology?

There are a few sites in Turkey. Maybe one of the most inspiring sites to me was called Çatalhöyük. It was a city from 7000 BC. It was one of the very first cities so a group of thousand people lived there together, having their own habits. I really would like to go to a site in southeastern Turkey called Göbekli Tepe. It was built 10000 years ago and was the first religious center. People lived as large groups, built temples, and the first evidence of agriculture started at least one thousand years later on that site. We always thought you need agriculture to start building temples, but that is not the case. So, there is a lot of mystery. It must have been a very interesting civilization. Many people are making up things about aliens, etc. In that regard, I am not that kind of person (just to be clear). I like the science behind it and its minimal evidence to make interesting hypotheses about how these people lived. There is a lot we do not know, and I like this mystery.

There is this quote from I think it was John Lennon. It goes like, “Life is what happens when you are making other plans.” I think that’s true. Just let it happen and enjoy it while you can. Just look out and enjoy what you see.

Many thanks to Dr. Dirk Jochmans, Senior Research Manager, The Rega Institute for Medical Research, KU Leuven, Belgium, and mentor of Thuc Nguyen Dan Do, ESR11, in the ITN project OrganoVIR.