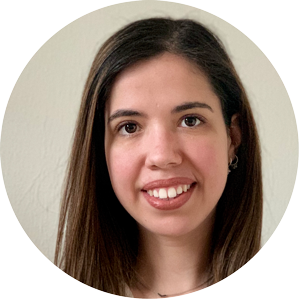 Inés García Rodríguez is a PhD student at the Amsterdam University Medical Centers (Amsterdam UMC) location Academic Medical Center (AMC). She is from Asturias, a small region in the north of Spain, where she studied Biotechnology at the University of Oviedo. After this, she relocated to Madrid to study a master on Advanced Therapies and Innovation in Biotechnology, and as part of her final master’s project she moved to London. There she worked at the Barts Cancer Institute on oncolytic adenoviruses for the treatment of triple negative breast cancer. Her main focus was trying to develop a combined therapy with epigenetic modulators to enhance the effectivity of these viruses, by increasing their replication specifically on cancerous cells.

Inés is working at the Amsterdam University Medical Centers (Amsterdam UMC) location Academic Medical Center (AMC) in the department of Medical Microbiology. Her project aims to study human parechovirus (PeV-A). PeVs are picornaviruses associated with a variety of clinical symptoms, ranging from mild respiratory and gastrointestinal disease to severe neurological syndrome. Specially PeV-A3 has been associated with viral meningitis and encephalitis in young children.

For this project human airway epithelium (HAE) and human intestinal epithelium (HIE) models will be used to study viral entry and infection. These specific models are chosen because both sites are believed to be the primary replication sites for picornaviruses and can help the understanding of the disease progression. Moreover, the role of previously described or new receptors for PeV-A3 entry will be analyzed to further characterize the infection of this particular genotype. Another goal is to establish a relation between infectivity and host factors such as developmental state of the tissue, donor age of primary cells, immune response or expression of known receptors. Finally, using different viral strains, viral determinants associated with symptomatic disease will be analyzed.

In order to help in this project two secondments have been planned. The first one will be in Charles River Leiden where she will bring the HIE model and further work into it, as well as learn CRISPR-Cas9 techniques in cell lines in order to be able to apply the technology on the organoid models or viruses. The second one will take place at the Jagiellonian University in Kraków where the major goal will be to gain more insights into advanced techniques for cell staining and receptor identification.

Amsterdam University Medical Centers (Amsterdam UMC) is one of the foremost research institutions in the Netherlands and one of its largest hospitals, with 1500 staff members employed in medical research. The Amsterdam UMC research is organized in 7 themes within the AMC Research Institute, where AMC Principal Investigators (PIs) are appointed to develop their own research lines. The AMC Graduate School organizes doctorate level academic training of AMC PhD students (209 PhD rewarded in 2016). This concentration of expertise makes the center a breeding ground for fruitful scientific collaborations.