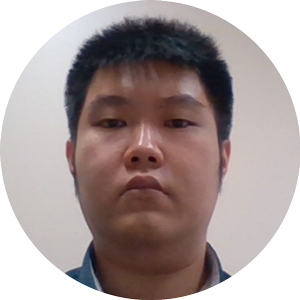 Laurensius Kevin Lie (Kevin) is an OrganoVIR PhD student from Indonesia enrolled in the Jagiellonian University (JU) of Krakow, Poland. At  JU he is working on coronavirus and its cross-tissue as well as cross-species infectivity.

Kevin obtained his BSc in 2012 from Monash University (Australia), where he submitted a thesis on the regulation of CD8+ T-cell lineage development by NF-κB protein. In 2015, he completed a MSc in biomedical sciences from KU Leuven (Belgium) with a thesis on the development and implementation of a system to screen for compounds with potential inhibitory activity against rotavirus. After finishing his MSc, he worked in the Kobe Pharmaceutical University, Japan as a research assistant for 1.5 years. During this period, he was actively involved in teaching and supervision of students on top of carrying out a research project on the role of vitamin K in lipid metabolism.

Kevin is working in the Virogenetics group of Professor Krzysztof Pyrć in The Malopolska Center of Biotechnology of the Jagiellonian University of Krakow, Poland. His project is centered on coronaviruses’ cross-tissue and cross-species infectivity. The project is aimed to study coronaviruses in gut organoid models, determine their tropism determinants, and to test different human and animal coronaviruses for infectivity in different tissues of the 3D models. At the completion of this project, not only it is expected for a gut 3D model of coronavirus infection to be introduced, identification of factors limiting cross-tissue and cross-species transfer of coronaviruses is also expected. By doing so, the link between coronavirus infectivity in various tissues and its pathogenicity should be clarified. In the course of this project, Kevin will undergo a secondment in the Academic Medical Center in Amsterdam to learn gut organoids. This is followed by another secondment to Utrecht University to introduce gut organoid to the institution and test the model with various coronaviruses. Finally, a third secondment in STEMCELL Technologies (United Kingdom) is also scheduled to learn about the commercialization process of organoids.

The team of prof. Krzysztof Pyrc works at two faculties: Faculty of Biochemistry, Biophysics and Biotechnology (FBBB) and Malopolska Center of Biotechnology (MCB). The first unit is teaching/training-oriented, the second unit (with high-containment laboratories) functions as a R&D unit, with state of the art facilities. FBBB JU is the best biology/biotechnology faculty in Poland, according to the 2017 governmental scientific unit assessment. The MCB is the first University – based research institute and at the same time the excellence center. It gathers excellent internationally renowned scientists and laboratories (including Max Planck laboratory and CNRS), and periodic evaluation of researcher coordinated by the independent, international advisory board ensures high scientific quality.

The focus of the research group is on the understanding of the infection process of human viruses and the interplay between the virus and the host cell, and translation of these results to the applicatory field. They have recently developed several virus inhibitors, some are in the stage of (pre-) commercialization (HTCC compound for animal coronaviruses, NSPAH polymer as broad antiviral compound, www.virogenetics.info). The teams’ expertise with human 3D cell culture models encompasses mainly human airway epithelium (HAE) cultures formed by primary human epithelial cells on an air/liquid interphase. They have successfully cultured type I and type II pneumocytes. Clinical material preparation (human lungs), cell isolation and differentiation are carried out in house. Further, the methods allowing for modification of 3D cultures (lentiviral gene engineering, gene silencing, co-cultures) and analysis (confocal microscopy, 3D virtualization, SEM, superresolution microscopy) allow to study viral infection in the context of natural tissue.