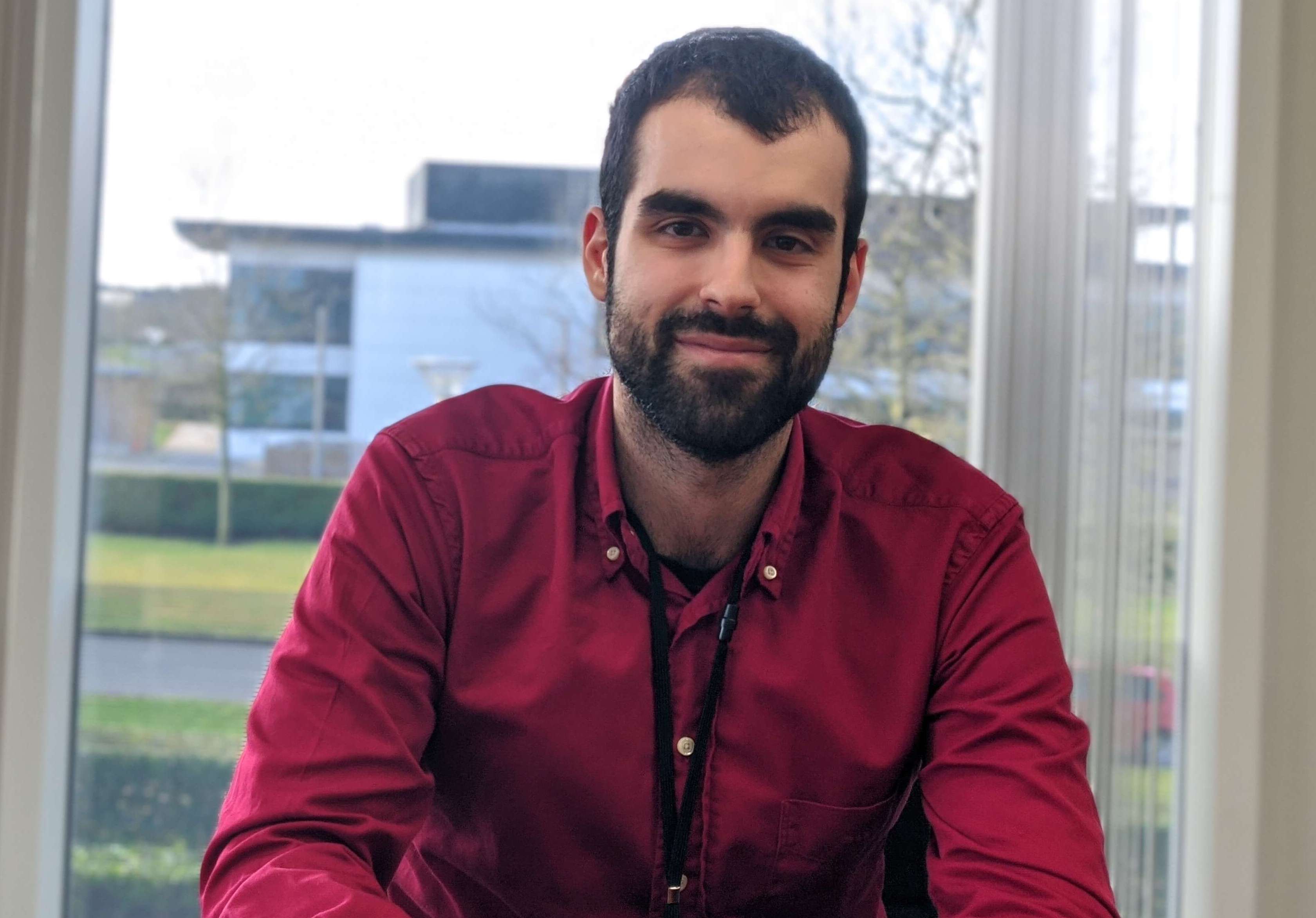 Airway organoids are able to address some of the limitations that the current golden standard in vitro lung model, the Air Liquid Interface, presents. However, organoids develop a polarised structure characterised by a hollow lumen encircled by the epithelial cells, with the apical side of the cells facing inwards. This polarity configuration makes it difficult to include organoids in studies that require apical-specific interactions, such as viral infections.

Meet one of our ESRs, Georgios (George) Stroulios, who developed a novel method and medium to generate large numbers of organoids that expose their apical side to the medium. This method generates organoids in a fraction of the time previously required, and is the first completely animal-component free approach. Organoids are generated without the need for undefined extracellular matrix hydrogel. The lack of which (as well as the generation of highly-homogeneous populations) offers a model with a high degree of standardization.

On the 13th and 14th of December 2021, George presented his work in a poster titled “An Extracellular Matrix-Free Method for Generating Apical-Out Airway Organoids” at the Fusion Online Conference. “It is a fairly novel approach, so it took some explaining. A lot of rehearsing and preparations had to be done, but I’m happy that everything went smoothly” he says about his presentation at the conference.

The conference provided a session for questions and answers, and also a chance for the audience to discuss with the researchers present. According to George, one of the most interesting discussions during his presentation was regarding the use of his novel approach and medium in virology and drug screens. The organoids generated with this workflow allow easy access to the apical surface, which would simplify not only infection, but also assessment of the viral titers as the viral progeny would be shed apically to the medium. The high degree of homogeneity, the absence of spatial limitations imposed by hydrogels and the completely defined culture conditions have the potential to make it an enticing model for high-throughput screening assays.

“Seeing researchers in the conference being interested in my project was very motivating for me. It served as a vindication that we were pursuing (and actually managed to generate) an interesting in vitro system” he says enthusiastically. Although he wished that the conference could have been a physical event, he is looking forward to discussing his research in the upcoming conferences – and this time, in person.

You read that right! This year, George will be presenting his research again at two conferences in Portugal: the Lung Science Conference 2022 (10-13th of March 2022, Estoril, Portugal) and the 12th International Meeting of the Portuguese Society for Stem Cells and Cell Therapies (10-11th of March 2022, Braga, Portugal). If you missed his presentation at the Fusion Online Conference, make sure to save these dates in your calendar!