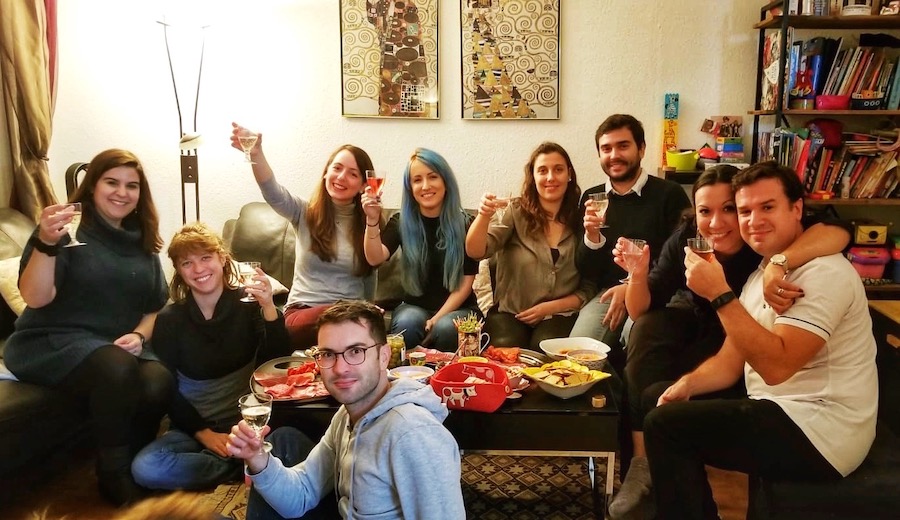 Posted at 11:51h in Blog by Louisa Wallace

It was less than one month after moving to Utrecht to start my Ph.D. and I was once again cramming all my belongings into a suitcase, bidding my supervisors and new colleagues farewell before boarding my flight from Amsterdam to Geneva, Switzerland. Here, in the beautiful land of the Alps, watches and chocolate, I was about to spend the next three months working and travelling between different institutes, learning how to culture and maintain primary airway epithelial cell cultures for their use in infection experiments throughout my Ph.D. project back in the Netherlands.

After the initial culture shock as well as the rude realisation that ALL shops are shut after 7pm (excluding the train station and airport), I easily settled into life in Geneva. My first secondment was in the Department of Molecular Medicine, University of Geneva in the research group of Caroline Tapparel Vu. Throughout my time there, the Tapparel group taught me how to handle differentiated airway epithelial cultures, something which I had never done before, and the methods involved in conducting infection experiments using influenza A virus and enterovirus D68. I spent a number of long afternoons in the histology department learning the tedious process of paraffin sectioning, to obtain cross-sections of the airway cultures… which was ultimately worth it when you see the beautiful immunofluorescence images on the microscope after the long preparation procedure. 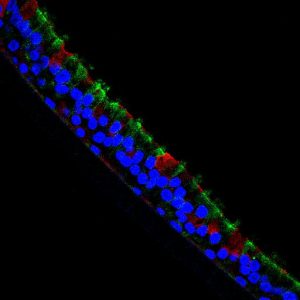 Aside from work, I was lucky to meet lots of wonderful people in the department through many “apéros” (a word you learn the meaning of pretty quickly), departmental social evenings and nights out in town, that can certainly cost you a pretty penny.

The secondment ran into the end of October, when we were still experiencing sunny days in the low-twenties in temperature – for a Scot, this is unheard of! My time at the university was wrapped up with a two-day retreat to Chavannes-de-Bogis, learning about the research conducted at the university on host-pathogen interactions followed by dinner (and an unofficial “karaoke” night too). 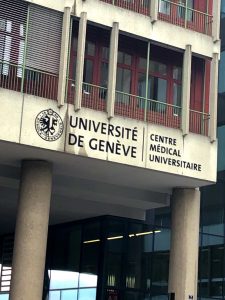 My heart was heavy leaving the Tapparel lab as I had been made to feel so welcome from my first day there. Fortunately I was still based in Geneva for my second secondment. Situated further south-west of the city in Plan-les-Ouates, Epithelix Sàrl is situated among the luxury giants Rolex, Clarins, Ferrari, and Lamborghini to name but a few. They are the producers of the human primary airway epithelial cell cultures MucilAir™️ and SmallAir™️, which I had also been using in my previous secondment. Here, I continued my training to handle and maintain these cultures as well as use them for virus infections.

Working at Epithelix felt very relaxed, amongst such friendly staff – a rather different experience in a biotech company than what I have had in the past. Unfortunately my time there was brief; only eight working days before they hosted the Altertox In Vitro Lung Meeting, which my colleagues Inés and Giulia previously covered in their article. The two-day course wrapped up my second secondment and also my time in Geneva… which ended with a heart-warming gathering with my friends from Tapparel’s lab for a farewell/birthday celebration.

It was then mid-November and after heaving my luggage across town, I was standing in Geneva Cornavin station working out the train system to make my way to the Swiss capital of Bern. The train ride alone was breath-taking – charging alongside the elegant Lake Geneva, before passing the impressive hills and mountains of the Alps and watching the passing signs slowly transition from French to German. I arrived in Bern on a beautiful sunny Saturday afternoon and I instantly fell in love with the Swiss charm of the city.

On that Monday, I made my way to the Institut für Infektionskrankheiten, University of Bern, although to my luck my hosting supervisor and I recognised each other en route (stereotypically tall Dutch man, small blue-haired Scot) before I had the chance to get lost. Here I was working in the research group of Ronald Dijkman, which has worked up many animal primary airway cultures beyond that of humans. Throughout my time in Bern, Ronald and his group taught me how to establish these primary cultures from scratch (from animal ex vivo tissue), expanding the primary cells and differentiating them at air-liquid interface – on the whole a process that takes many weeks, but was ultimately successful!

Bern was a beautiful city to explore and to my luck I was there to see the annual Zibelemärit (Onion Market) in the old town and the magical Christmas markets throughout the month of December. I spent many evenings wandering the markets, trying delicious food and treats from the stalls and keeping warm with glühwein under the glow of the towering Christmas trees. This is also how I spent my last evening in Bern, along with my lovely work colleagues and friends. After many hugs and difficult goodbyes in the lab the following morning, I was bound for Geneva for the last time to finally conclude my incredible three-month experience in Switzerland. 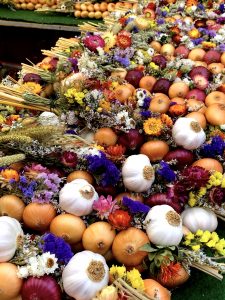